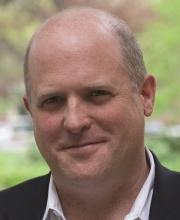 Daniel P. Schrag, Director of the Harvard University Center for the Environment is this year's keynote speaker for Climate Action Day. Dr. Schrag studies climate and climate change over Earth's history and is particularly interested in how information on climate change from the geologic past can lead to better understanding of anthropogenic climate change in the future. The title of Dr. Schrag's keynote address is "Confronting Climate   Change: How to Tackle the Most Challenging Problem in Human History."

History of Climate Action Day in the Exonian