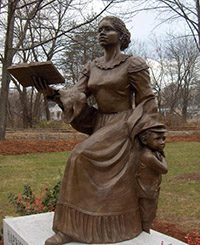 Harriet Wilson born in New Hampshire in 1828, is author of Our Nig; or Sketches From the Life of A Free Black, “the first novel published by an African-American woman and the first African-American novel published in North America. At the time of its publication, the novel garnered Wilson little acclaim or attention…It was not until the 1980s that Professor Henry Louis Gates, Jr., who recovered Wilson’s work in 1984 and identified it as an African-American novel, verified much of Wilson's life. Wilson's history and her novel highlight America's neglect and mistreatment of those marginalized by race, class, and gender.” (Source: Encyclopedia of African American Literature, History Database Center) 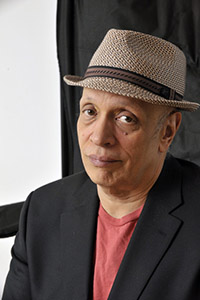 "Walter Mosley is one of the most versatile and admired writers in America. He is the author of more than sixty critically acclaimed books that cover a wide range of ideas, genres, and forms including fiction (literary, mystery, and science fiction), political monographs, writing guides including Elements of Fiction, a memoir in paintings, and a young adult novel called 47. His work has been translated into twenty-five languages." (Source: Walter Mosley)