John Knowles' Essay, the Phillips Exeter Academy Photo Essay edited by ------- and other Academy related information about the book. 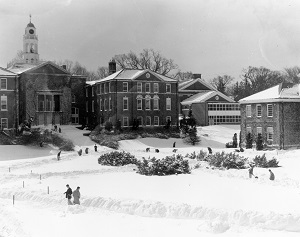 A Special Time, A Special School 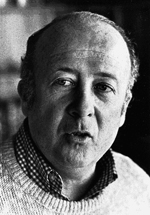 Exeter was, I suspect, more crucial in my life than in the lives of most members of my class, and conceivably, than in the lives of almost anyone else who ever attended the school. It picked me up out of the hills of West Virginia, forced me to learn to study, tossed me into Yale (where I was virtually a sophomore by the time I entered), and a few years later inspired me to write a book, my novel A Separate Peace, which, eschewing false modesty, made me quite famous and financially secure.

My father was in the coal business in West Virginia. Both dad and mother were, however, originally from Massachusetts; New England, to them, meant the place to go if you really wanted an education. My brother had, to be sure, gone to Mercersburg Academy in Pennsylvania, but then he dutifully went off to Dartmouth, deep in deepest New Hampshire.

I was expected to follow him to Mercersburg, but picking up a catalog one day which was lying around the house, the catalog of Phillips Exeter Academy, I found a preliminary application form on the last page and, just for the hell of it, filled it out and mailed it.

Soon, entrance examinations were arranged for me at the local high school, administered by the principal no less. Exeter was clearly an important place. I knew little else about it, knew no one who had ever gone there, and, although my family visited New England most summers, I had never seen the school.

I possessed a certain amount of calculating cleverness at that time, and when the English entrance examination called for an essay on a novel of my choice, I knew better than to pick some commercial work like Gone with the Wind, opting instead for a novel I knew to be a classic, Jane Eyre.   That essay must have been pretty good because the other tests revealed that I knew little Latin after two years of it in the local school, and that I was almost entirely bereft of math.

I was put back one year and admitted as a lower-middler in September 1942.

It quickly seemed probable that I would flunk out. In the first marking period, I got a grade of 28 in mathematics, 14 in physics. Then somehow or other I knuckled down, learned by myself how to study, discovered I had a brain which had more potential than a knack for writing, and by the end of that first term, I was passing every course comfortably. The school gave me a $100 grant as some kind of prize.

Meanwhile, I was falling in love with Exeter. I wasn't sure I liked the guys much—there was Stan Pleninger '45, in Sleeper House with me, who became a pal, but so many of the others seemed at first to be too Eastern for me, too Yankee, too tough. They largely left me alone, and I them. Mel Dickenson '45 and I eventually established something of a friendship: we used to have intense leg-wrestling matches under the table in Mr. Whitman's American history class—he won. Ted Lamont '44 became a friend, as did some of the boys on the swimming team, like our diver Joe Palmer.

As a kid from a border state, I found the New Hampshire winter breathtakingly cold—for a while I didn't think I could breathe there at all—but I survived to return for the summer session of 1943 in order to catch up the year I had been put back.
It was that summer that I realized I had fallen in love with Exeter. Most students don't experience summer there: I did so for two consecutive summers, 1943 and 1944. In other words, I was almost continuously at Exeter from September 1942 through August 1944, when I graduated. We're talking total Exeter immersion here.

The great trees, the thick clinging ivy, the expanses of playing fields, the winding black-water river, the pure air all began to sort of intoxicate me. Classroom windows were open; the aroma of flowers and shrubbery floated in. We were in shirt sleeves; the masters were relaxed. Studies now were easy for me. The summer of 1943 at Exeter was as happy a time as I ever had in my life.
Everything fit. There was a lively, congenial group of students in Peabody Hall that summer, many of them from other schools, accelerating like me. One was David Hackett from Milton Academy, on whom I later modeled Phineas in A Separate Peace. A great friend of Bobby Kennedy's, he later served under Bobby in the Justice Department. We really did have a club whose members jumped from the branch of a very high tree into the river as initiation. The only elements in A Separate Peace which were not in that summer were anger, envy, violence, and hatred. There was only friendship, athleticism, and loyalty.

Returning to Exeter for the fall term of 1943, I found that a charged, driven time had come to the school. I remember how virtually all the younger masters disappeared one by one, and old men became our only teachers. Too old to be in any way companions to us, they forced the class of 1943 to be reliant very much on itself, isolated. Maybe that made us stronger in a certain way. There was apple-harvesting "for the war," railroad-yard clearance "for the war," numerous collection drives "for the war," and all those patriotic movies in the gym with Spencer Tracy, of Van Johnson, of someone heroically bombing Tokyo. The massively crowded trains, hopelessly behind schedule, we had to take to try to get home for holidays. Nobody had gasoline except people like my father, in a basic industry with special allowances. All those maps of heretofore strange parts of the world with strange names like Anzio and Guadalcanal and Saipan.

Looking back, I think we were all quite mature, surprisingly responsible. In earlier wars, boys of our age had just gone off to raise hell or enlist or both, but we stayed dutifully at our desks doing tomorrow's homework. Tomorrow, they felt in 1862 or 1917, you died perchance, so discipline went by the board, and they cut loose. We didn't; I don't know why not. Was it that our war was so overwhelmingly vast, the first truly world war, that it overawed us into being dutiful, responsible, approaching it one step at a time?

I know that I studied diligently. I took both Latin I and Latin II with Mr. Galbraith. A finer, more inspiring teacher I never encountered. By the time he was through with me, I thoroughly understood the nature and structure of a language, and he had crucially influenced both my thinking and the way I expressed it in words. I am the writer I am because of him.

In fact, despite the giant holes in the faculty caused by the war, the best teaching I ever experienced was at Exeter. Yale was a distinct let-down afterward. The teachers there either read their year-in-year-out lectures to us in large auditoriums, or, meeting us in small groups, seemed preoccupied with their extramural careers or reputations of whatever. They did not seem to be there primarily for us. It was Exeter which taught me how to approach new material, organize it, and express it.

Exeter, in those emergency years, also managed to keep a full athletic program going, and I know very many of us are grateful for that. I arrived at Exeter quite sure that I was a good swimmer, and it came as quite a shock when my buddy down the hall, Pleninger, beat me in the first time try-outs with Dan Fowler '45, and proceeded to be faster than I was ever after, and deservedly became the captain of the varsity team.

Swimming isn't the most thrilling sport in the world, far from it; it's a damn bore most of the time, but it does make you healthy and gives you a good body. I finished first as the anchor man in the final, decisive relay against Andover, to become an athletic mini-hero for about 15 minutes.
You can see by now how I admire the school and love it. When the film version of A Separate Peace was made, Exeter cooperated and allowed Paramount to shoot all over the campus and inside the buildings.

The novel has one peculiarity for a school novel: It never attacks the place; it isn't an exposé; it doesn't show sadistic masters or depraved students, or use any of the other school-novel sensationalistic clichés. That's because I didn't experience things like that there. I found there a gorgeous world prepared to shape me up, and I tried to present and dramatize that.