Armstrong, Rodney. "The New Library." The Phillips Exeter Bulletin
Summer 1967: 4-9.
A discussion of early plans for the new building, which includes reproduction
of a drawing by Kahn, an elevation, floor plan, and brief biography of Kahn.

Bedford, Henry F. A New Library at Exeter. Exeter, NH: Phillips Exeter Academy
Press, 1968.
Issued for "The Long Step Forward," this pamphlet outlines the need for a new
building and the relationship of the Library to the curriculum of the school. It is
interesting background for considerations of design and function.

Bragdon, Henry Wilkinson. Serendipity and Service. Exeter, NH: The Phillips
Exeter Academy, 1973.
A two-page leaflet with cover title "The Library." This was written after the
building had been in use for a few years and gives interesting insight into how
the building is functioning for the user.

Clark, Susannah. "An Open Book." The Exeter Bulletin Winter 2006: 20. Found
online at http://www.exeter.edu/documents/Exeter_Bulletin/An_Open_Book.pdf.
An article on the 100 years of the library at Phillips Exeter Academy and the
changes that occurred in the Academy libraries over that time.

Friends of the Academy Library. The Library at Phillips Exeter Academy.
Exeter, NH: 1984.
This eight-page pamphlet describes the building, the collections and the
history of the Library. Illustrated with photographs and a wood engraving.

James-Chakraborty, Kathleen, Rodney Armstrong, and Beth Brosnan.
"Our Architect." The Exeter Bulletin Spring 2004: 24.
Articles on the significance of the building by an architectural historian, a
recollection of how Kahn came to design the library, and an interview with
filmmaker Nathaniel Kahn on My Architect.

Phillips Exeter Academy. Fact Sheets for Visitors: The Library Building. Exeter,
NH: 1972.
A single sheet of general information, and a two-page listing of manufacturers
and suppliers of furniture and equipment, consultants on design and
construction and major subcontractors. 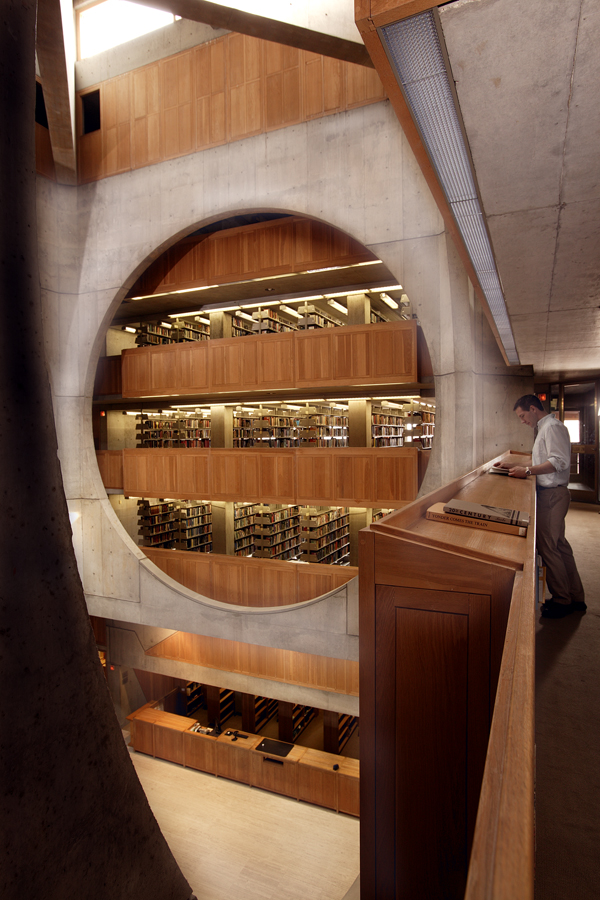