Bednar, Michael J. The New Atrium. New York: McGraw-Hill,
1986 (pp. 172-173).
A discussion of the atrium of the Library and its relation to the building
as a whole. Illustrations, plans, section.

Close, Gloria W. "The Library of Phillips Exeter Academy, Exeter, New
Hampshire, 1967-1972." Louis I. Kahn Bibliography. Architectural Series:
Bibliography A-190.  Monticello, IL: Vance Bibliographies, 1980 (p. 10).
An extensive bibliography of all sources by and about Kahn, with a section on
specific works. The section on the Library is a selective listing of journal articles
which includes some non-English language articles.

Huxtable, Ada Louise. "Louis Kahn: Exeter Library." In Kicked a Building Lately?
New York: Quadrangle/New York Times Book Co., 1976 (pp. 95-98).
This essay is a slightly condensed version of the news story in The New York
Times of Oct. 23,1972, which is described below.

Hawkes, Dean. The Environmental Imagination. London and New York:
Routledge, 2008 (pp. 95-96; 106-107).
A description of the Library and its place in the tradition of library architecture.

Jordy, William H. Symbolic Essence and Other Writings on Modern Architecture...
New Haven/London: Yale University Press, 2005 (pp. 254-260).
A description of the Library with the central hall described as an
"extravagant emptiness."

Kahn, Louis I. The Louis I. Kahn Archive: Personal Drawings: the Completely
Illustrated Catalogue of the Drawings in the Louis I. Kahn Collection, University
of Pennsylvania and Pennsylvania Historical Society and Museum
Commission. Vol 4. New York: Garland, 1987 (pp. 382-453).
Kahn's drawings and sketches for the Academy Library.

Kahn, Louis I. What Will Be Has Always Been: the Words of Louis I. Kahn.
Ed. Richard S. Wurman. New York: Access Press and Rizzoli, 1986
(pp. 178-183).
Comments on the Library by Kahn, reprinted from various other sources.

"Kahn, Louis I." Macmillan Encyclopedia of Architects. Vol 2. New York: Free
Press, 1982 (pp. 537-546).
Discusses the Library as an example of Kahn's treatment of the corners of
buildings. 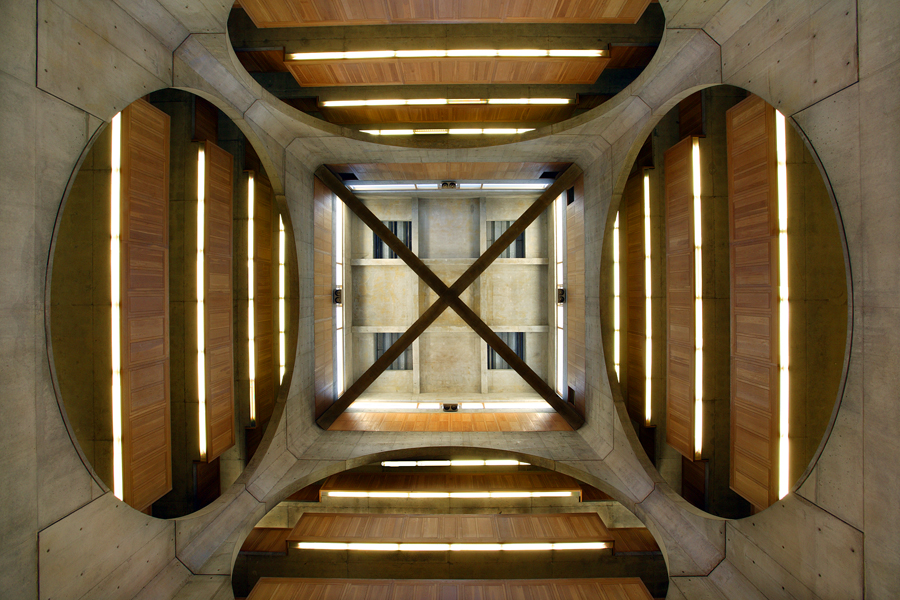