Dameron, Charles S. "A Monument to the Life of the Mind."
Wall Street Journal, 6 August, 2011: C13. Print.
A tribute to the Library in celebration of its 40th year.

Gorlin, Alexander C. "Biblical Imagery in the Work of Louis I. Kahn: from
Noah's Ark to the Temple of Solomon." A&U: Architecture and Urbanism
176 (May 1985): 83-92.
"The highly charged mythical imagery of Exerter (sic) leads ultimately to
the Temple of Solomon through its American Masonic interpretations."

Hennessy, Richard. "Prototype and Progeny: Some Recent Monumental
Architecture." Artforum 17 (November 1978): 68-74.
The building is described as a work in which ". . . function, unit of design
and unit of construction are totally harmonized." The use of brick and the
importance of the facades are discussed briefly, the author maintaining
that Kahn was ". . . rethinking the logic of brick construction." There are
photographs, with one of the Kahn-designed dining hall mislabeled "Library."

Hughes, Robert. "Brick is Stingy, Concrete is Generous." Horizon 16 (Autumn
1974): 30-45.
A general article about Kahn's work and philosophy; contains a brief
description of the Library and several photographs. 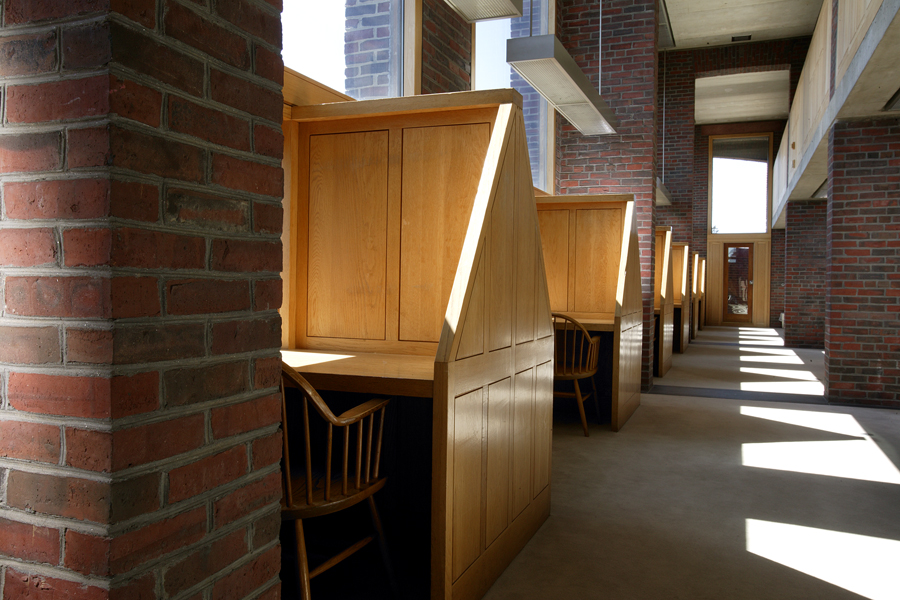