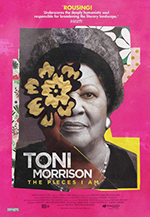 Toni Morrison: The Pieces I Am - This documentary reflects on the life and work of American novelist Toni Morrison. It includes discussions about many of her critically acclaimed novels and her career as an editor.

Toni Morrison's “Home”: A Soldier Fights a War  Abroad and Racism at Home - PBS NewsHour segment, 2012 (Note: Use this link to see a transcript of this interview).

EUGENICS IN THE UNITED STATES