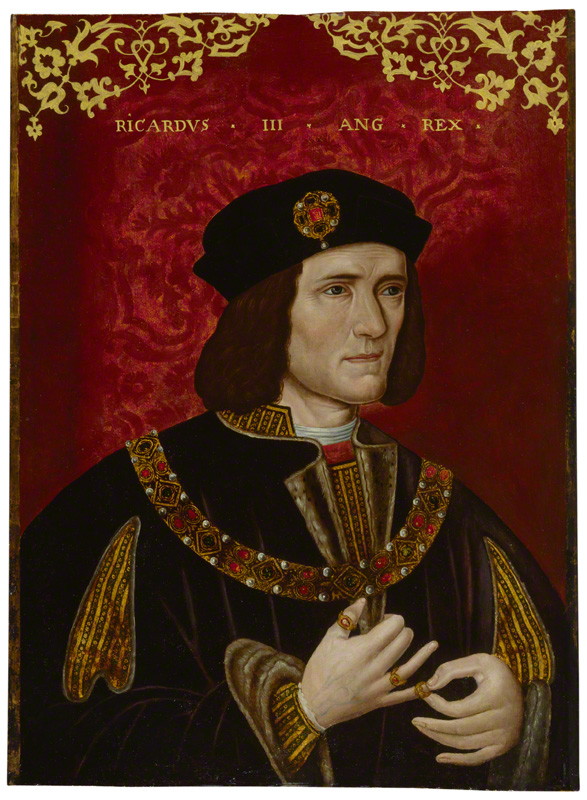 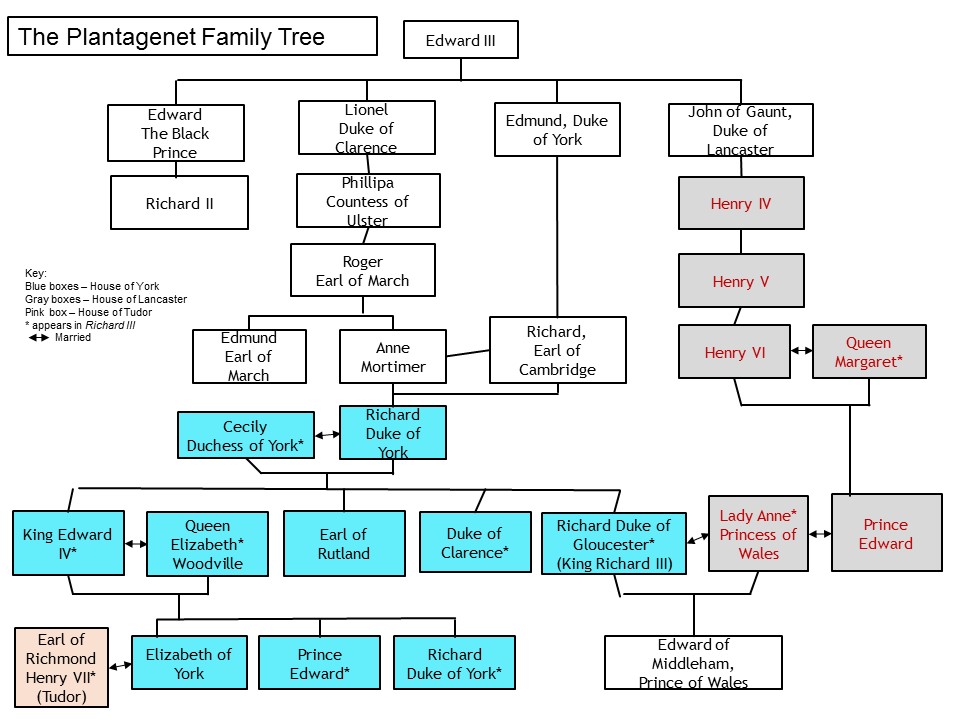 Image from British Library "Extra! Extra!: Richard III Lyth Buryd at Lecitor." Original caption reads: A tangled line of succession, culminating in (on the lower page, in roundels marked with coats of arms)  Edward IV, Richard III, and Henry VII; from the Biblical and genealogical chronicle from Adam and Eve to Edward VI, England (London or Westminster), c. 1511, with additions before 1557, King's MS 395, ff. 32v-33r