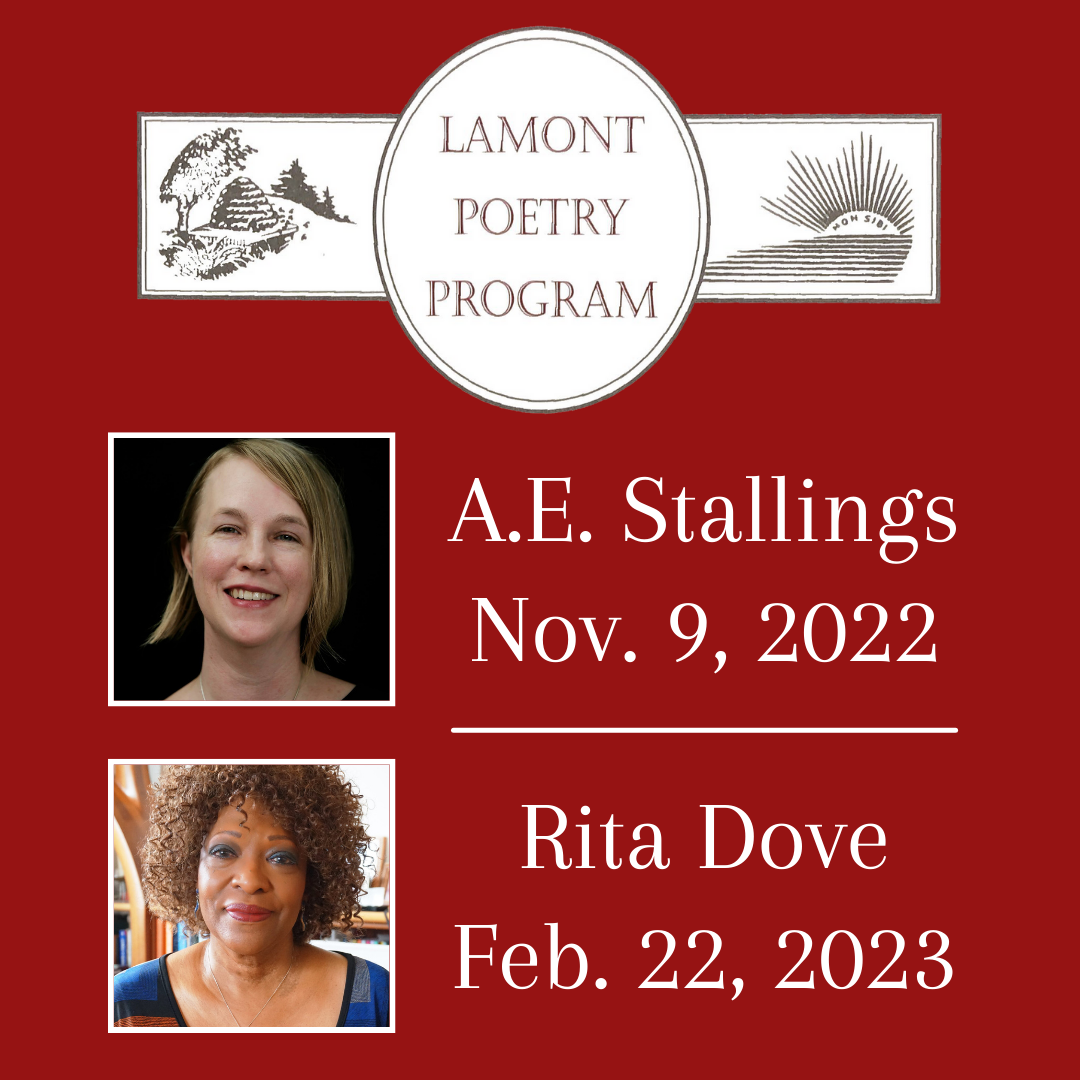 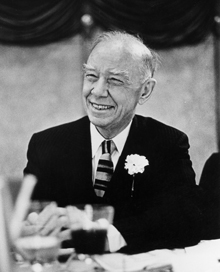 The Lamont Fund, established in 1982 by Corliss Lamont, Class of 1920, and Jacquelyn Thomas, former Academy Librarian, supports the Academy Library's Lamont Poetry Series. Two poets are invited each year to give readings of their poetry and to attend English classes.

The first Lamont Poet, on April 27, 1983, was Jorge Luis Borges. He has been followed by more than 50 others, ranging from Denise Levertov and Seamus Heaney to Yusef Komunyakaa and C.K. Williams.
Each visiting poet is photographed and asked to present the library with a manuscript poem. These are then framed and hung in the Special Collections department on the fourth floor of the library.

Rita Dove is a poet, novelist, essayist, playwright and educator who is the recipient of the Pulitzer Prize, the National Humanities Medal, the National Medal of Arts and to date 29 honorary doctorates. She served at the US Poet Laureate from 1993 to 1995 and the Chancellor of the Academy of American Poets from 2005 to 2011.

Dove's most recent work Playlist for the the Apocalypse (W.W. Norton, 2021), finalist for the 2022 Los Angeles Times Book Prize and the 2021 NAACP Image Award for Outstanding Literary Work, is described by the Boston Globe as "A piercing, unflinching new volume offers necessary music for our tumultuous present, from 'perhaps the best public poet we have'.

Her previous poetry collections include Collected Poems 1974–2004 (W.W. Norton, 2016), recipient of the 2017 NAACP Image Award, the 2017 Library of Virginia Award and a finalist for the 2016 National Book Award; Sonata Mulattica (W. W. Norton, 2009), winner of the Hurston/Wright Legacy Award; On the Bus with Rosa Parks (W. W. Norton, 1999), named a New York Times Notable Book of the Year and a finalist for the National Book Critics Circle Award; and Thomas and Beulah (Carnegie-Mellon University Press, 1986), which won the 1987 Pulitzer Prize for Poetry.

In addition to poetry, Dove has published a book of short stories, the novel Through the Ivory Gate (Pantheon, 1992), a drama The Darker Face of the Earth, and the song cycle Seven for Luck and the song sequence A Standing Witness.

A book signing will immediately follow the reading in the Academy Building's Assembly Hall.