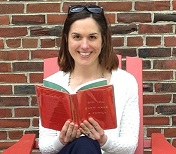 Please note that this page is currently a work in progress.

The video collection, Academic Video Online, provides access to many performances of Shakespeare's plays as well as related documentaries.  Use the links to "channels" below to access the performance for the play your class is studying or conduct a keyword search on the main page to get a larger listing of what's available.

MUCH ADO ABOUT NOTHING